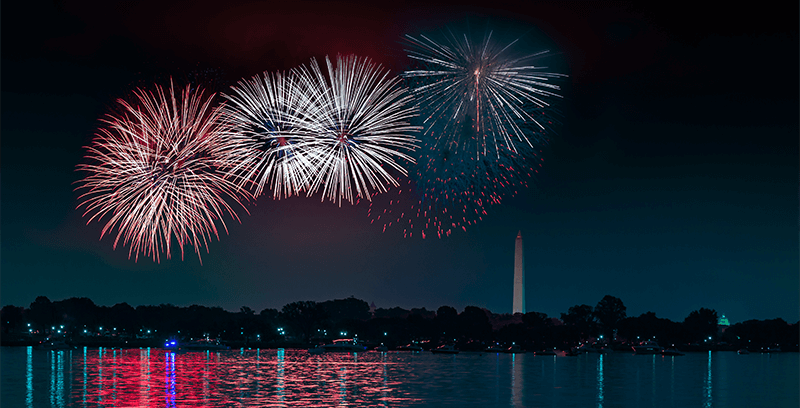 Author’s Note: As always, I remind readers of The Front Line that the views of this writer are mine and mine alone. They do not reflect the views of — nor are they solicited, condoned, or endorsed by — Perr & Knight and/or The Journal of Insurance Operations. 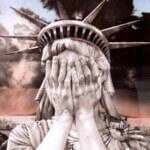 With the Fourth of July, formerly our nation’s Independence Day, coming up at the end of this week, I’m very concerned at the extent to which we’re either ignoring — or worse, blithely accepting — the loss of our liberties. The individual freedom and, so, the personal responsibilities on which this country was founded are being taken from us. The ways in which they’re being taken make the process look like erosion. It’s no such thing. And we can’t blame the takers for the things that we enable and allow them to take.

This blog appears on a business website. And common wisdom holds that business and politics don’t mix. But that wisdom presumes the two are separable. They are not. We are, in large part and in fact, on the subservient end of, as one writer recently described it, “a single massive system made up of individuals who are diverse in demographics but share the viewpoints of the Consensus or shut up about it.” *

What’s that you say? You don’t believe that’s true? Then try this: Putting all other political considerations and economic realities aside, when’s the last time you made a marketing decision without having to think about diversity? Got every conceivable demographic group represented in the photo in your ad, in your brochure, or on your website? Excellent. Pay no attention to the fact that the preponderance of those groups don’t belong to your target audience. You’ve achieved Oneness with the Consensus. And that is, after all, what matters most: “The central article of the Consensus is that it can make life better by controlling people. It’s not an idea that can be sustained without believing that most people are basically inferior.” *

Step Away From Your Destiny

The corollary of this unceasing abdication of our freedom is a commensurate relinquishing of our control over anything. Do you still think your destiny is yours to determine or fulfill? Not so fast. The abdication of our freedom and the relinquishing of control of our destinies constitute a de facto acceptance of our inferiority. Because this process of acceptance takes place so incrementally, we become ever-more accepting of a monolithic bureaucracy as the norm. The result? “The expert class of the Consensus expands with each regulation and freedom contracts with each regulation.” * 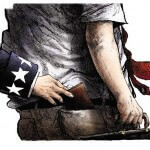 That’s an overstatement? Are you sure? When’s the last time you had any meaningfully represented influence over the extent to which you’re taxed? How about the extent to which your business is regulated and taxed? How about the health plan you can buy, let alone the price of the plan and notwithstanding the fact that you’re required to buy it. (Who’d have imagined there’d come a time at which insurance would become anything other than a consumer choice? In case you lost your dictionary, mandated health insurance no longer constitutes choice, kids.)

If you’re still not convinced, please refute the statement that concludes this paragraph. In fact, email your refutation to me (mark@obriencg.com). And please make sure said refutation is in the form of a sound argument, based on valid, factual, and substantiated premises. Here’s the statement: “The ordinary American is no longer in charge of anything, including his own life … He works for a vast paternalistic force which gives him money and takes his money but manipulates the entire system around him so that he lives within a company store that encompasses everything from his grocery shopping to his health care.” * Good luck.

Toto, I Have a Feeling We’re Not in America Anymore

If you happen to find the notions presented in this post unconvincing — especially if you’ve opted not to refute them in writing and notwithstanding the evidence in your daily life, personal and professional — ask yourself the following question. And considering the business context in which this post appears, limit the application of the question to your professional pursuits: What’s the incentive for anyone to start a business in 2014, in these here United States, in the most highly legislated, regulated, and subjugated economic environment in the 238-year history of the republic? 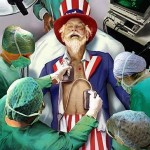 Okay. Maybe I’m smarting a little about all this. But why wouldn’t I be? In my home state of Connecticut, small businesses pay higher health-insurance premiums than small businesses in every state other than Alaska. And if we grow our businesses, in any state, to more than 50 people — think about that: if we create more than 50 new jobs — we can tack on mandatory and mandatorily constructed health insurance plans to our income and employment taxes. Why? What the hell are we doing?

I don’t know that the hell we’re doing. I don’t know why we’re doing it. And I surely don’t know why we’re seemingly consigning to life support an idea, an ideal, a singular experiment not yet 250 years old. But I do know we needn’t tolerate what we seem to be accepting so thoughtlessly and uncaringly. Better men than we gave us the alternative 238 years ago this coming Friday:

We hold these truths to be self-evident, that all men are created equal, that they are endowed by their Creator with certain unalienable Rights, that among these are Life, Liberty and the pursuit of Happiness. That to secure these rights, Governments are instituted among Men, deriving their just powers from the consent of the governed. That whenever any Form of Government becomes destructive of these ends, it is the Right of the People to alter or to abolish it, and to institute new Government, laying its foundation on such principles and organizing its powers in such form, as to them shall seem most likely to effect their Safety and Happiness.

* This and all other textual citations indicated by an asterisk (*) refer to Daniel Greenfield, “Our Consensus Rulers“.