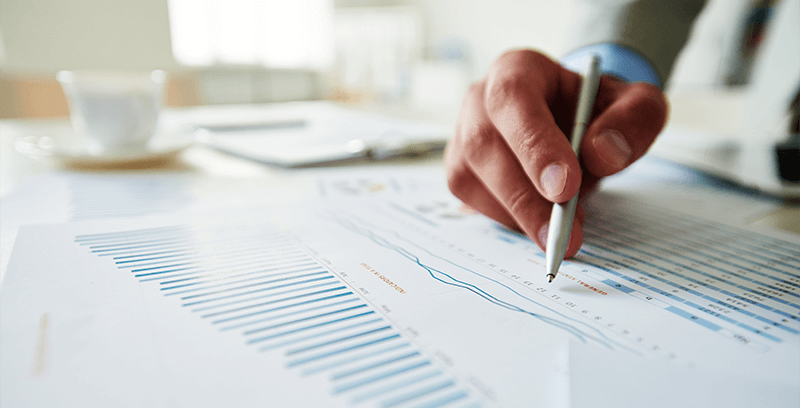 1. Introduction
Insurance executives are naturally interested in how claims operations have performed and affected the firm’s financial profile over time. They would need to ask: what happened between the start and end of a given period? A complete view of the historical development of claims operations gives an insurance executive the ability to determine the financial relevance and financial impact of the activities between two points in time. 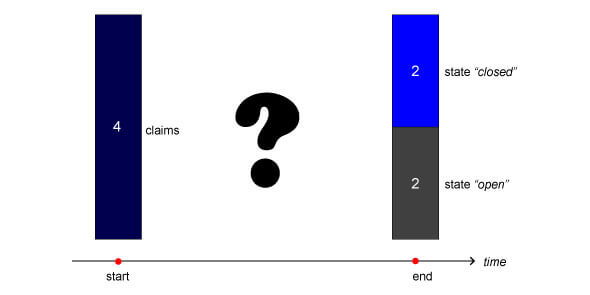 Figure 1: What happened between the start and end of a given period?

Among the most important statistics to monitor for any claims inventory are the closed and open claim counts. Although properly regarded as key indicators of the condition of a claim department, such statistics do not highlight the activity between the two points and fail to provide the information needed to spot operational inefficiencies. They are snapshots in time and as such, do not contain enough information to model significant dynamics of the operational flows encountered throughout the claims handling process.

The proposed approach addresses the financial questions by introducing a state transition model. The model provides a methodology for effective monitoring of the operational activities in the claim handling process; knowing the historical development allows a better understanding of the operations and provides insight to assess the financial relevance of changing or addressing key activities.

To the aim of illustrating the state transition modelling concept, let us consider the following situations:

In considering the transitional picture below, the reader should keep in mind the activities that originated the corresponding state transitions. 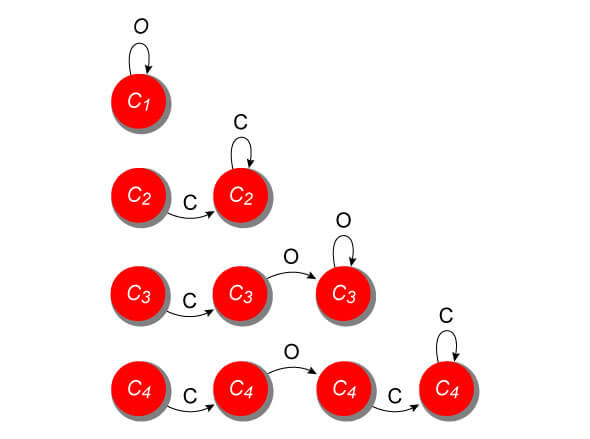 The following figure shows the close conceptual ties among the main steps of the operational flows: 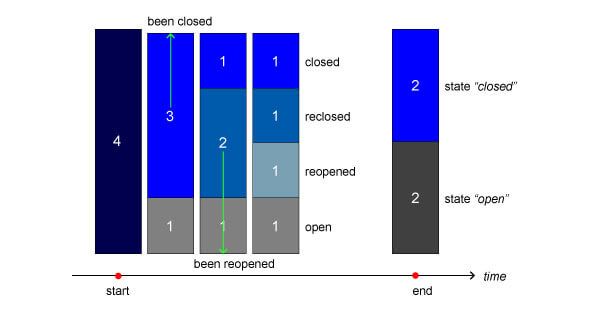 The transitions can result from numerous reasons or activities, such as

Various activities and behaviours, positive or negative, influence claims transitions. This can result in acceptable practices or premature closings which impact a company’s financials.

A state transition view provides a detailed look at key claims activities, such as file opening, closing, reopening and re-closing over time. Taking a transitional view provides us the opportunity to review our decisions and it will challenge insurance executives to ask: Are we as effective as we can be?

To illustrate, consider the following three scenarios where, from a snapshot standpoint, the state closed and open claim counts are the same, but the state transition view paints substantially different operational pictures. 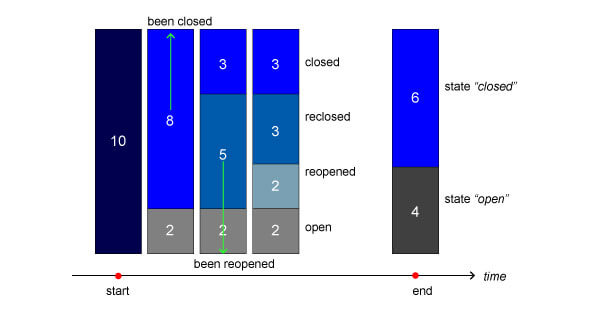 Figure 2: Susan has ten claims of which eight closed. She reopened five and re-closed additional three. 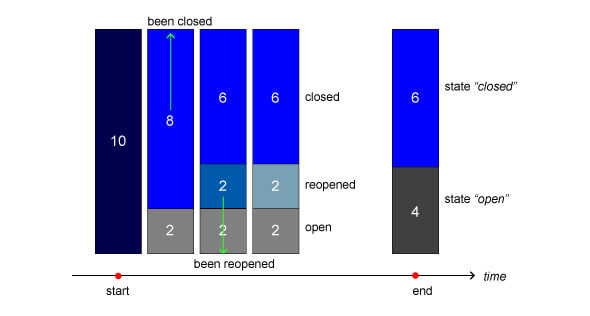 Figure 3: Jim has ten claims of which eight closed. He reopened two and re-closed none. 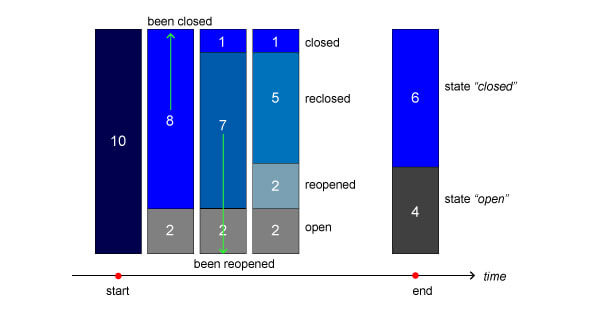 Figure 4: Tom has ten claims of which eight closed. He reopened seven and re-closed additional five.

2. Claims As State Transition Systems
Claims are notified to an insurer on dates di (i ≥ 1) satisfying di ≤ dj whenever i < j. We call di notification date. Henceforth, di denotes the date on which the i-th claim is notified. If two (or more) claims, say i and j, are notified on the same date, we would then obviously have di = dj. For any point in time t ≥ 0, we let N(t) denote the number of claims which have been notified by t, that is 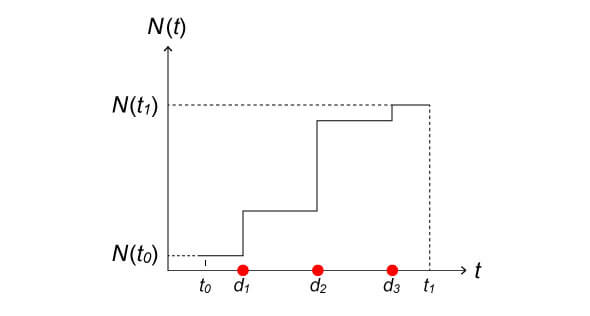 The following observations are worth making:

The collection of all claims notified in the interval [s, t] is denoted by

We call the interval [s,t] notification period. We can now introduce our next definition:

Definition 2.1 A claim is new with respect to the notification period [s,t] if it belongs to the the set N[s,t].

Having defined the set of new claims with respect to a given time interval, we would like to introduce our main “categorization” of such a set. Note that at each point in time, a claim can only be in one of these two states: open, closed. And therefore only four transitions are possible between two points in times t0 and t1: from open to close, from close to open, from close to close and from open to open (see Figure 6).

But out of these possible transitions, only two concern a change in state between any two points in time t0 and t1: from open to close and from close to open – as highlighted in red in Figure 7. We call them state transitions.

We are now in the position to define the attributes of a claim i in terms of number of state transitions performed from the notification date di up to an arbitrary point in time t (di ≤ t). Note that claims are considered to be in an open state when they are notified.

Definition 2.2. A claim i is open at time t if no state transition is performed by time t from its notification date di.

Definition 2.3 A claim i is closed at time t if exactly one state transition is performed by time t from its notification date di.

Definition 2.4 A claim i is reopened at time t, if 2n (n > 0) state transitions are performed by time t from its notification date di.

Definition 2.5 A claim i is re-closed at time t, if 2n+1 (n > 0) state transitions are performed by time t from its notification date di.

Remark 2.6 Note that the four just-defined attributes are mutually exclusive and collectively exhaustive.

Remark 2.8 One of the benefits of our approach – reducing the attributes of claims in terms of number of state transitions performed over time – is that it makes very easy to define and analyze new metrics like the average number of transitions per reopened and/or re-closed claim, average duration of transitions, etc.

3. Example
The following picture illustrates a fictional set of possible state transitions in a given notification period [s, t]. Note that the transitions displayed have all the same duration, which is clearly not the case in reality: the real duration of a transition might range from a few hours to several years. 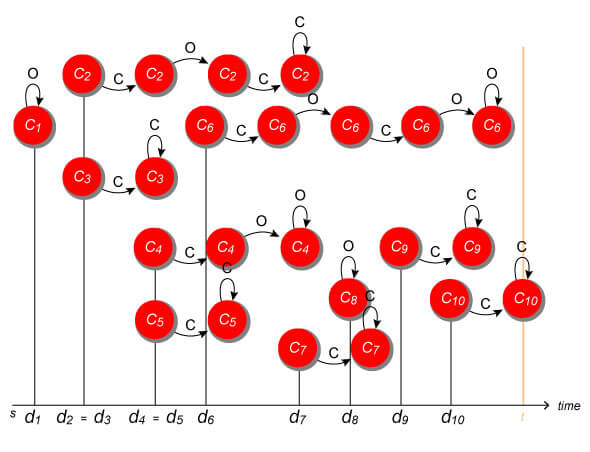 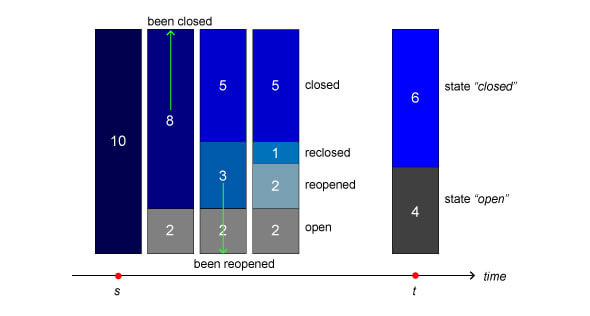 Conclusions
The state transition approach outlined in the paper allows us to combine together “point in time” and “through time” metrics and can therefore be regarded as a very simple evolutionary analytical model. The model allows for early identifications of changes in the historical data patterns which can be indicative of the current workload capacity, the impact of very significant operational changes in the claims department, potential sources of inefficiencies in the claims systems and changes in the claims handling practices.

Acknowledgements
I would like to express my gratitude to Ron Pacini and Luigi Pistis for their inputs, valuable guidance and continued support.

Vincenzo Salipante is Head of Claim Analytics with Zurich Insurance Company Ltd., where he has been providing key analytical services to Actuarial, Reinsurance and Claims functions for eight years. Prior to his current role in Claim Analytics, he was with Group Reinsurance and the Global Corporate Division. He holds a MSc and PhD from the University of Rome and The Institute of Applied Mathematics and Computer Science of the University of Bern, respectively. He is currently studying for his Executive MBA at the International Institute for Management Development (IMD), Lausanne, Switzerland.