You might not be annoyed with Neal Goldman yet. But you will be. When you will be is still up for grabs. But given the pace and inevitability of technological development, it likely won’t be long. And the more successful you become, the more annoyed you’ll be because of Neal’s latest brainchild, about which Greg Lindsay wrote an article for Inc. In it, he describes said brainchild, a software program for professional networking called Relationship Science (RelSci: God, I love that kind of talk). 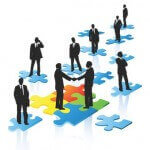 The purpose of RelSci is to ensure that passé cultural artifacts like privacy, perspicacity, and prudent apposition will be forever relegated to the proverbial scrapheap of history. In a way, it makes a kind of perverse, inevitable sense: If the point of technology is to connect all of us to each other — tangentially and superficially — has Neal Goldman done anything other than ride the wave? Maybe not. Lindsay describes RelSci as:

… an online platform built with profiles drawn from the 1 percent. It’s not some free-for-all social network full of selfies and botspam, like Facebook or Twitter. Nor is it LinkedIn, whose metastatic expansion threatens the integrity of the entire system. And unlike net-worth-obsessed virtual clubhouses such as A Small World, RelSci isn’t for swapping houses in Gstaad or getting tips on a fabulous butler in Ibiza. In fact, the point of RelSci has nothing to do with expanding your circle of friends. The point is to use the people you do know to find a pathway to the rich and powerful ones you don’t. 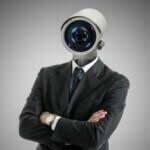 Setting aside the obvious — pandering, class envy, the ability to hondel the unsuspecting souls who may have had the good fortune, the ambition, the vision, and/or the committed drive to achieve more than we have — what we have here is a veritably ubiquitous and virtually inescapable invasion of privacy. If you consider your privacy to be anything at all like a property right, RelSci also is, then, a further usurpation of our private property.

I suppose it’s all part of chronology, of the inexorable, inevitable evolutionary march toward the Utopian Global Community. And maybe I’m just getting old and, despite my fervent efforts and best intentions, falling into nostalgia, simple-mindedness, and anachronism. But it’s hard not to miss the past when one imagines where we’re headed … and longs for what we’re losing. 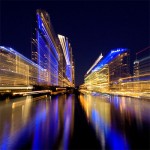 The existence of RelSci also says something about as individuals. It’s an indication of our unwitting immaturity, of what we’re willing to tolerate, of the extent to which we blithely concede the integrity of our solitude, what used to be the treasured inviolability of our time and space. Why? Because we think we should?

Some years ago, a friend asked me if I’d like to drop acid with him. With equal parts surprise and resolve, I replied: “Didn’t we get past 40 so we wouldn’t have to do that anymore? Haven’t we earned satisfied curiosities? Thank you. I’m good.”

Likewise, I wish for a point in our lives, in our careers — in our arcs toward becoming rich and powerful, regardless of how we define those terms — at which we choose not to be the targets of those who seek to gain by us. I’d like to imagine that part of our respective definitions of rich and powerful might be the occupation of positions above the fray of shameless huckstering, beyond which we might choose and be able to be other than, more than, mere connections on an online platform. 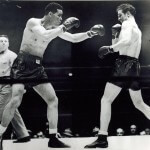 Our seeming inability to escape the ever-lengthening tentacles of disrupting technology (as opposed to disruptive technology), recalls an admonition from one of my favorite philosophers: Joe Louis. While he’s credited with a few variations on the phrase, on a number of occasions, the one for which I remember his using it was his 1946 rematch with Billy Conn.

Louis, the heavyweight champion, had defeated Conn in 1941, knocking him out in the thirteenth round after being out-boxed for the first twelve. They scheduled their rematch after both of them completed their military service in World War II. In response to a comment that the fleeter-of-foot Conn, a natural light heavyweight, might attempt to evade Louis in the ring, Louis said: “He can run, but he can’t hide.” He was right. He knocked Conn out in the eighth.

As you might recall, I’m no fan of disconnecting. But that does’t make me a proponent of intrusion. Neal Goldman’s platform is just another way — in a seemingly unending proliferation of ways — in which whatever success we might achieve will make us targets for imposition. Whether it’s the Fed or the frivolous, we’re on the radar and under the microscope.

If you think peace and privacy are hard to come by now, you ain’t seen nothin’ yet.