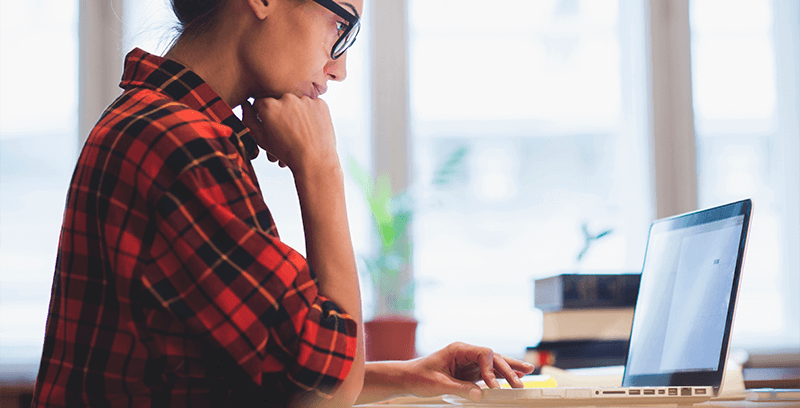 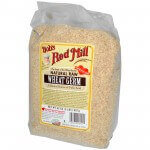 I knew it. I just knew it. I knew if I slogged through enough chaff, I’d find a germ of wheat. It just had to be in the pile somewhere. I didn’t know it would be put there by Hiroshi Mikitani. But its source was of no consequence to me. And — like the blind squirrel that finds the acorn — I knew my search for truth and common sense would be vindicated if I kept at it long enough. The good news is, at long last, I was right. I found what I sought. My search here ends. The bad news is I now have no idea what to do with myself.

And what, I hear you implore, is the source of my unbridled, epiphanic joy? No more than a simple article that, in its surprising brevity, manages to put the lie to — and stick a fork in — SEO with breathtaking finality. Though we didn’t pen the article to which we refer, we have written about the faith placed so misguidedly in SEO before (here, here, and here), particularly as it pertained to B2B marketing types who persisted in thinking the world would beat a cyber-path to their doors on the feeble merits and improbably likelihood of keyword searches. It never happened. It couldn’t have happened. Site statistics proved the absence of its happening. But that misplaced faith beat the alternative, apparently, which was working for a living — specifically, doing the spadework required to identify suspects, qualify prospects, target them strategically and personally, and turn them into customers, rather than waiting for them to search for keywords, find the B2B marketers’ dream sites, and surrender quietly.

Then We Came To the End

When the darkness dawned, it came bearing the title, “The Last Days of Search“. And it bore its apocalyptic message in these prophetic lines:

As search is copied, as consumers get used to it and are less dazzled by its newness, they want something more. Stepping into that void are organic services able to attract people on a human level – curated merchandise, shops that offer expertise and personal service, elements once reserved for the brick-and-mortar world are now going virtual. This is the organic side of the Internet. In this phase, if you cannot touch the hearts and minds of the people, success will be fleeting. 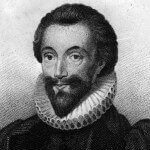 My first college literature professor once advised this: “John Donne’s poetry rewards study.” And so it is with Mr. Mikitani’s sage epitaph for SEO. A brief explication, if I may: First, the article refers to consumer marketing, not B2B, as evidenced by the references to curated merchandise, personal service, and the brick-and-mortar world. Six- and seven-figure core processing systems delivered from the cloud are clearly not Mr. Mikitani’s referents here. And while he doesn’t aim any direct barbs at B2B marketing, his intent is clear. Wait. There’s more.

While personal interaction remains as vital to B2B marketing as it is to B2B sales (the proverbial belly-to-belly approach), such interaction will hardly ever become intimate enough to be fairly characterized as organic. And there is nothing in the white papers, articles, screeds, tracts, brochures, sell sheets, and other self-impressed nonsense B2B marketers are forever trying to use as prospect-bait that will ever touch the hearts and minds of anyone, let alone compelling their wallets open. Such efforts — and relying on SEO to do the work of human beings — are fantasies, though they have the undead longevity of Dracula and Jason Voorhees.

I Love the Smell of Truth in the Morning

If Mr. Mikitani’s article is not ignored (it probably will be, his thousands of LinkedIn followers notwithstanding), its catastrophic shock waves will make scorched earth of a web world that’s long teetered on the brink of its perilously precipitous pusillanimity. He will have done immeasurably valuable favors to marketing, mankind, and all of those empiricism-averse pie-in-the-skyers who’ve dreamed — ever since the first web bots began combing cyberspace on the first arcane algorithm — that keywords were, indeed, the keys to the kingdom of commercial copiousness. For Wally’s Widgets, that may have been true. But if you’re selling software systems with five- and six-figure price tags, it’s never been true. Nor could it have been. How much thought do we imagine goes into the misbegotten belief that someone, anyone, needing an enterprise system, any enterprise system — or a replacement there for — would open a browser, pull up Google, type “enterprise [insert industry here] processing” or some variation thereof, and make a selection, let alone a buying decision? 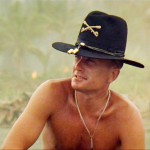 While such a belief obviously doesn’t reflect much critical thinking, I do understand the mindsets of the folks who believe in the infallibility of B2B SEO. And, in a way, I admire them. These are the same kinds of people who have blithe ignorance, unflagging idealism, and blind faith enough to put teeth under their pillows, to leave baskets out for the Easter Bunny, to buy special binoculars for observing flying pigs, to expect the Summer Olympic Games to take place in Hell, and to think government will one day create Utopia. These folks will be forever disappointed. But they will never learn. While they’ll continue to rely fruitlessly on Google Search, they’ll continue to ignore utterly Google Analytics. And they’ll never maximize the legitimate effectiveness of their websites or do as much business as they could.